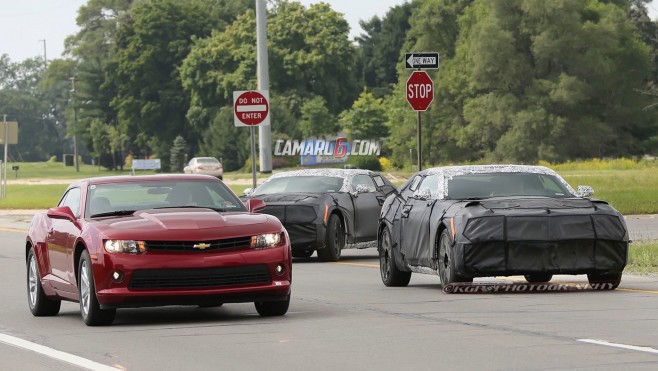 Our spies have captured some 2016 Camaro prototypes running with the current model, giving us our first real-world chance to compare Camaros riding on the new Alpha architecture versus the current Camaro and its Zeta-based architecture (see spy photos).

While a photographic encounter with a group of prototypes hell-bent on evading the lens doesn’t necessarily lead to a scientific study of cars’ dimensions and proportions, we do come away with some impressions that next-gen Camaro will see some subtle downsizing over the current model. We’ll leave you to your own impressions of what the photos suggest, as to the overall effect that the Alpha architecture will have on the 2016 Camaro’s dimensions and curb weight.

The large Camaro contingent consisted of several prototypes, both with quad- and dual-exhaust set-ups, suggesting a mix of V6- and V8-powered prototypes. Once again, our photographers were struck by the proper muscle car sound of the prototypes as they tore past their lens.

The new frontal shots give some new clues to the new Camaro’s front-end design, along with a glimpse of some LED light strips in the prototypes’ front bumpers.

See the extensive photo gallery at the following LINK 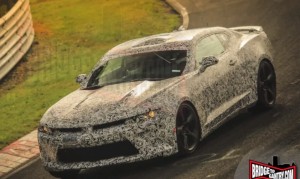 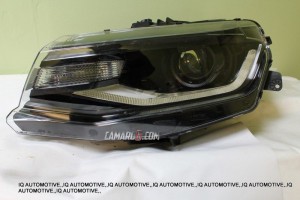