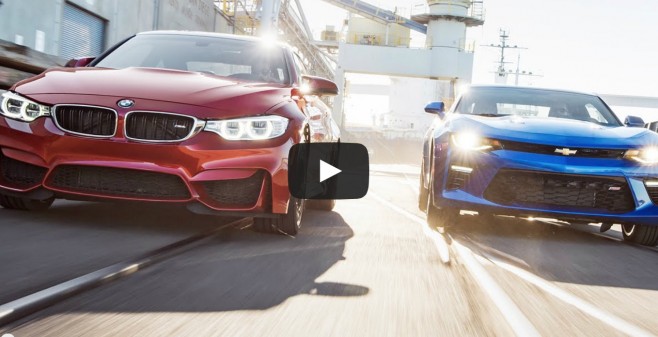 Watch the 2016 Camaro SS take down the M4 in this Head 2 Head Comparison Video.

Via Motor Trend: After Motor Trend named the all-new Camaro our 2016 Car of the Year, Angus Mackenzie wrote an article entitled “Revelation” in which he said that the Camaro SS was a better driver’s car than the then new BMW 340i. Thing is, Jason Cammisa and Jonny Lieberman have both driven the 340i, and they felt that being better than said Bimmer isn’t much of an accomplishment. Being better than the much-ballyhooed M4 on the other hand, well, that would be something. After all, the M4 is the car that all other companies look to when trying to figure out how to break into the luxury performance game. But does a Camaro – any Camaro – no matter how sweet it drives really have a shot at knocking the German king off its throne? Watch and find out on this episode of Head 2 Head presented by Tire Rack!