The 2017 Camaro 1LE will have its debut at the upcoming 2016 Chicago Auto Show, which begins on February 11.

The 1LE package for the 5th generation Camaro was a track focused package of upgrades for the Camaro SS, and is expected to be the same for the 6th gen when it’s revealed in just about two weeks.

A 1LE prototype was recently spotted in this video, which gives us a rough preview of what body styling it might receive. Stay tuned here for all the official details as they’re announced!

*Note: representative image used for this story is the 1LE hood from the 5th generation Camaro 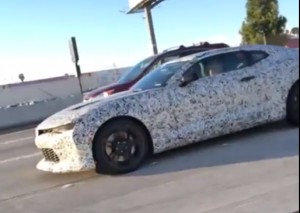