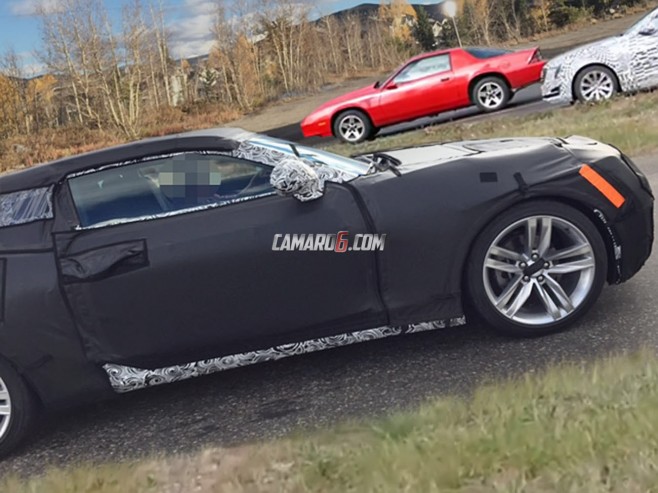 1) These new prototypes had some new camouflage covering the entire roof–all the way from the A- to the C-pillars. Until now, every Camaro prototype spotted testing has had the area between the A- and B-pillars uncovered (except for the graphic wrap). Some of the cars could be Camaro convertibles, or perhaps even T-Tops.

2) An M-plated (manufacturer plates) 1980s Camaro was undergoing testing right in the thick of a proper General Motors test group in the Rocky Mountains.

See the entire photo gallery after the jump. 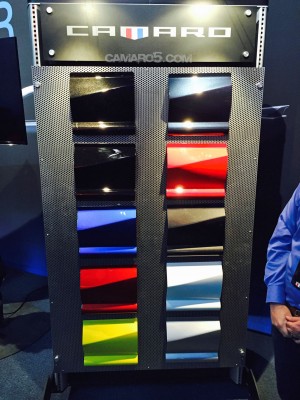 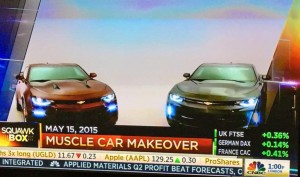