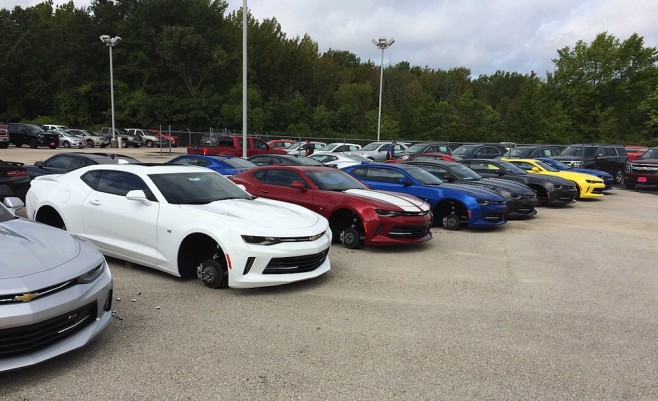 These poor Camaros were part of a huge wheels heist at a dealership in Tyler, Texas. More than $200,000 worth of wheels and tires were stolen off 48 new cars in one single heist.

“They cut the locks on the gates to the rear where all the inventory stock was kept,” Martin said.

He noted that the thieves also defeated the light system, knocking out the large bright lights that are typically on.